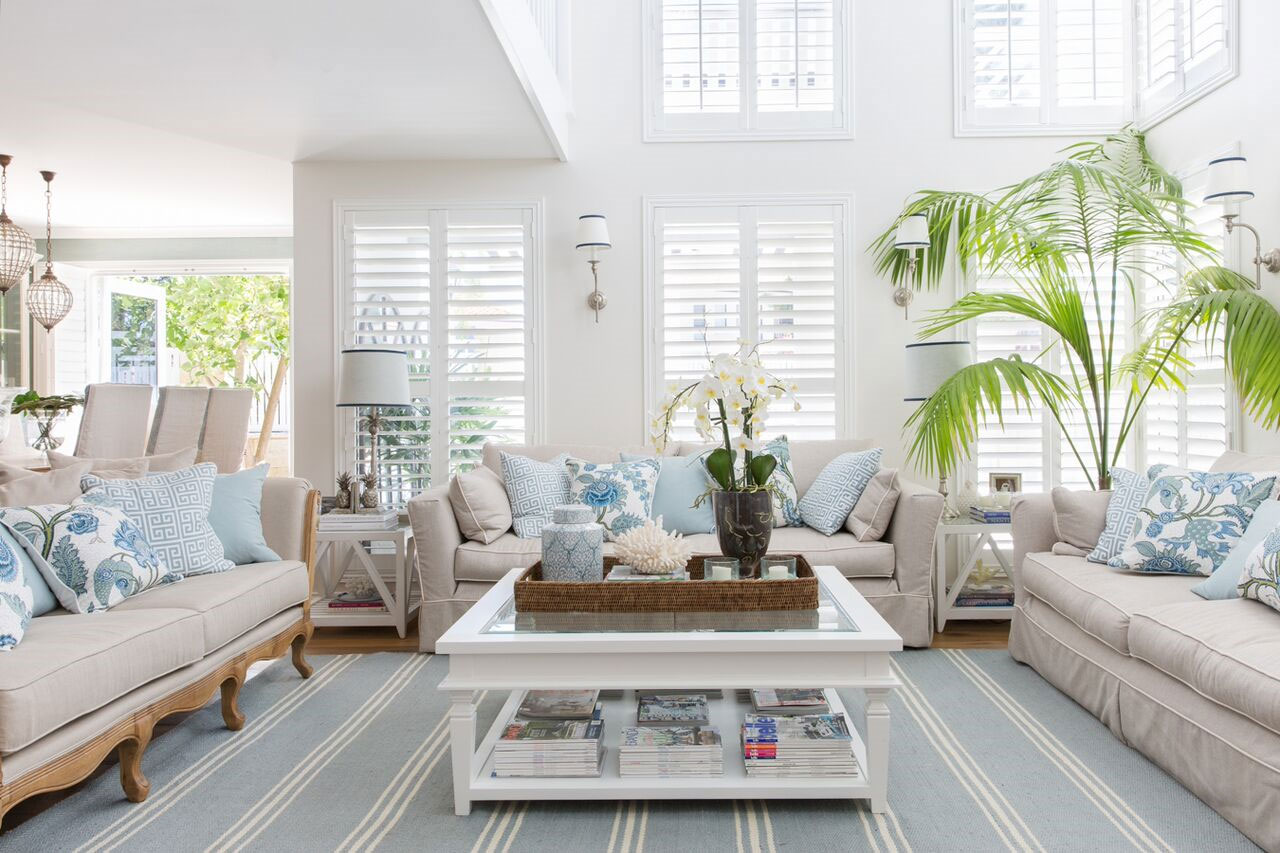 How to make the Hamptons look work in an Australian home

The Hamptons is often referred to as the playground for the rich and famous, but beyond the high society that frequent this seaside community on the east end of Long Island near New York in the US, it is an architectural wonderland that has inspired designers for generations.

Right now, Hamptons style is a predominant force in exterior and interior design in Australia. It’s on the hit list of every major retailer and builder with consumers referencing this look above any other.

The attraction to Hamptons style is the neutral colour palette, light and spacious living areas, natural textures, high ceilings and detailed touches like Shaker-style cabinets in the kitchen.

Outside, weatherboard cladding is the hallmark of this style.

The top end of the housing market has been enjoying a love affair with Hamptons style for a while but now some display home builders are embracing the trend.

Wisdom Homes managing director, Domenic Vitalone, says the Australian market is taking its best attributes then reworking them to suit our local market.

The company’s Inspiration 32 display home in Calderwood is a good example of this.

“It’s a much more contemporary house than the very traditional Hamptons home that might feature lots of dark wood and darker furnishings,” he says. “Ours is a more modern take, with white, crisp sharp lines.”

Domenic says to complete the Hamptons look, horizontal cladding is the ideal alternative to traditional timber which can splinter, fade or warp with our climate.

“Some people may struggle with the idea of not using brick in a build,” he says. “While millennials might not have a problem with cladding, some older age groups won’t feel 100 per cent confident making the change from brick to a lightweight material.”

Overall, he says the display homebuyer is embracing the Hamptons trend.

“The Hamptons is very popular right now and most builders will try to capitalise on it,” he says. “Like other trends, we try to find a design solution that works in our market.

“Even if you don’t live on the coast, you can appreciate this style of home. It’s modern with open living areas and landscaped garden. It appeals to the Australian way of life,” he says.

“It’s about making your home feel like a holiday spot.”

Metricon design director Adrian Popple says their Hamptons-inspired Bayville home, on display in Brighton East, Victoria, has become one of their most in-demand designs.

“We’ve seen a huge uptake in that design, and even though the display home is in Melbourne, people in Sydney and up and down the eastern seaboard are loving it and building it,” he says.

“Something about the coast and warmer climates translates.

“I think people are attracted to the casual feel of the home, but it’s also inviting, stylish and sophisticated with a lot of white throughout.”

Adrian says the company won’t be producing a direct replica of the Hamptons home. Instead of shingles and cedar, here it is slate roof tiles and weatherboard cladding.

TAKE THE WEATHER WITH YOU

Given Australia’s harsh climate, timber boards are not the obvious choice for a new home.

James Hardie has cornered the Hamptons market in Australia with its Scyon Linea weatherboard cladding.

Builders like to use it because it can be gun nailed to a frame, and is easy to cut.

Steve says weatherboard cladding is ideal as a modern version of the Hamptons home.

“Hamptons has many styles — historical, traditional and even castles. We are trying to create an Australian version of the Hamptons with volume builders, who take on hundreds of projects a year,” he says.

As the product can go directly on to steel or timber, theoretically, using the weatherboard cladding system will be a faster build than using other traditional methods.

“If there was a scale of one to 10 in terms of popular home trends, Hamptons style would sit at the top. In all the surveys that we are doing, builders are telling us that consumers love the Hamptons design above all else. Not everyone can afford a million-dollar home, but they can get the Hamptons look.”

A QUICK TOUR OF THE HAMPTONS

Natalee Bowen, Hamptons expert of Indah Island and ambassador for Scyon Walls, explains how to get the Hamptons look.

● Many people often get the Hamptons look wrong by adding floral prints making it too flowery and turning the interior English or French Provincial looking. Sometimes people also confuse the look with shabby chic, which is very different.

● Hamptons style is not reserved exclusively for beachfront properties. The look is equally at home in Sydney with the soft neutral tones, natural elements and laid-back atmosphere.

● The facade should withstand the test of time. It lends itself well to renovating older Australian homes as most have wraparound verandas and high ceilings — two key characteristics of Hamptons style.

● Key materials include wide oak floorboards in either an American mocha shade or stained dark oak. Panel walls and built-in cabinetry are all must haves, and the floorplan should be open to create a flow. Glass french doors are also key.

● Traditionally, a Hamptons colour scheme is comprised mostly of variations of white, with accents of grey and blue used as complementary shades.

Why we chose Luxaflex Shutters, & Pirouette shadings for the Hamptons Farm Estate… 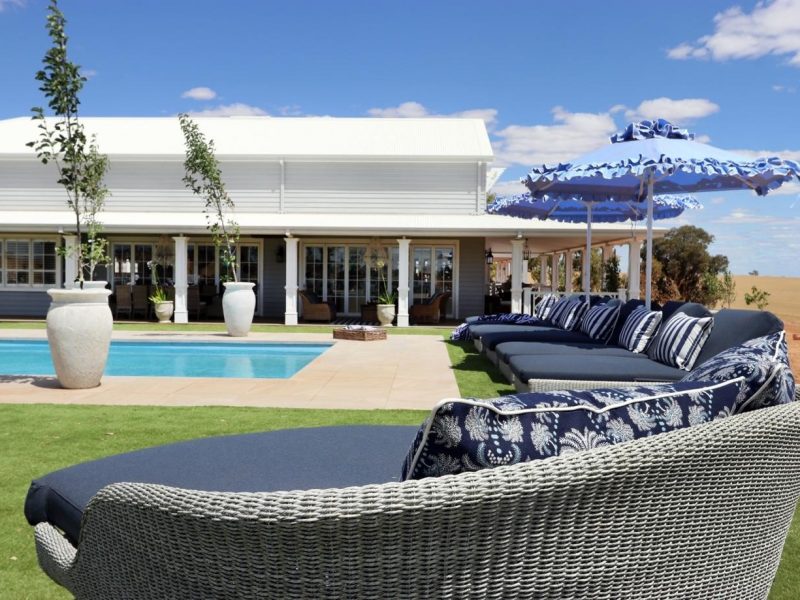 Beautiful accessories for your outdoor area 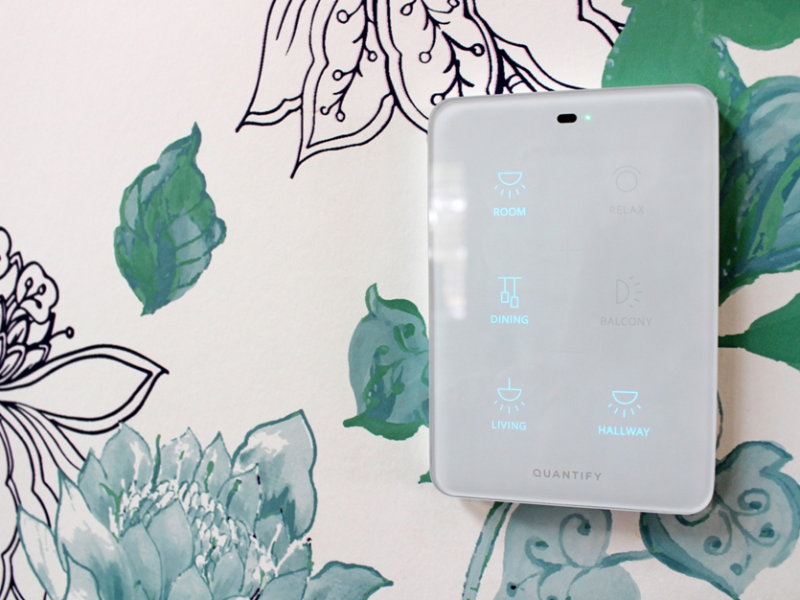 Why have a smart home?

Our studio makeover, we added in this gorgeous wal

how much do I love rattan ???? a lot this gorgeous

Shelving in a bathroom is an essential piece of ca

Natural textures and tones allows you to add more

when we posted this on our stories we had an over

Out now !!! @australiancountrymag another fabulous

look to your surroundings for inspiration to your

how gorgeous are our @molmic_sofas they are a loos

any one else noticed how the arch is making its wa

The #hamptonsfarmestate has a resort feel !! I am

on arrival of the estate you will note that sheer

creating an estate from scratch was all about the

our outdoor area at the #hamptonsfarmestate is com

ok so this is why I absolutely love Hamptons style

the beauty of the shadow lines created with @james